Tritonal first released “Out My Mind” at the beginning of the year, captivating listeners with sweet island sounds and infectious vocals from Riley Clemmons. After receiving its first batch of remixes from Shaun Frank, Giiants, APEK, and Medii & BEAUZ, “Out My Mind” now welcomes more fresh takes from Riggi & Piros, Cuebrick, and Zack Martino. Each remix adds a new energy to the track, creating an even more uplifting vibe. 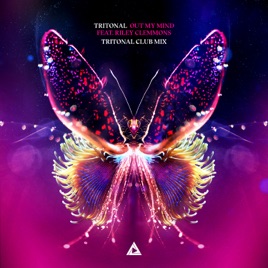 Riggi & Piros, who have produced huge remixes for Chainsmokers, Tiësto, Borgeous, KSHMR, Clockwork, & Borgore, add their influence to the track with an intensified drop, while Cuebrick speeds it up, giving the single an upbeat twist. Cuebrick’s collaboration with Tritonal “Iceland (Viking Clap)” has 4M streams and has been supported across main stage festivals such as EDC, Ultra, Tomorrowland by many acclaimed artists. Zack Martino adds colorful keys underneath the vocals, leading into an extended buildup for an electrifying drop.

This year, Tritonal is celebrating 10 years of their Enhanced imprint. In celebration, the duo has been on the road on their ‘10 Years of Enhanced’ tour, performing at intimate venues all over the country and joined by other Enhanced artists, such as SJ, Noah Neiman, Disco Fries, and more.

Get your copy here!

Amir Hussain returns to his older Tech Trance roots circa 2013 with a tune that truly...