After two wildly successful, sold-out New York gatherings at Avant Gardner in April and Brooklyn Mirage in July, premier international party purveyors elrow make a triumphant return to the city and Avant Gardner on November 24 with The Rowmuda Triangle. Inspired by the mysteries behind the Bermuda Triangle, the immersive nautically-themed party celebrates an odyssey that began aboard a pirate ship from Ibiza and went off course near Atlantis. Swallowed whole by a mysterious sea creature called the Craken, the surreal party continued in the belly of the beast and ultimately became known as the Party of Eternal Happiness. This wild fiesta full of shipwrecks, sunken airplanes, insane sea creatures, and hippy communes under the sea is the third and final installment of elrow’s 2018 New York residency.

Earlier this year, elrow’s Nomads, New World and Rowlympics events brought a taste of Ibiza to Brooklyn. Nomads transported audiences to a world where Avatar met Star Wars. Rowlympics, the dusk-to-dawn Olympics-themed celebration, featured a rare 10-hour all-B2B marathon by the top trending DJs in house and techno. As with their previous sold-out events in New York, more than 2,500 early bird tickets for Rowlympics were snatched up in less than 24 hours based solely on word-of-mouth, previous to any talent line-up announcement. The same is expected to happen with The Rowmuda Triangle.

Metro US has called elrow gatherings “the opposite of electronic music dingy warehouses parties … winning so many fans in Europe that it’s time for them to make a second home in New York.” Blackbook said attending elrow events was “an overall classical-psychedelic experience the likes of which you surely will still be talking about 50 years from now.” In 2018, elrow’s founding family, the Arnaus—dubbed “the Medicis of raving” by The Guardian—proved once again that they are without comparison when it comes to staging larger-than-life, immersive experiences that push the boundaries of nightclubbing. Decipher the elrow treasure map and find your way to the Party of Eternal Happiness. 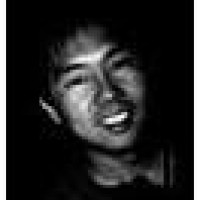 PT Events & Grotesque team up for a massive all expenses paid giveaway!

With the release of his debut album last year in ‘Circadian’ –...