BAD BEHAVIOR: A second video has surfaced of Bad Bunny snatching two cellphones and flinging them across a bar moments after he throws a fan’s phone into the water in a resort village in the Dominican Republic

By Adry Torres for Dailymail.com

Video footage has emerged of the moment Puerto Rican chart-topping artist Bad Bunny grabbed two cellphones and threw them across a bar in the Dominican Republic.

The controversial seven-second video clip shows the 28-year-old reggaeton star making his way through a crowd of surprised customers inside the lounge in the Mediterranean-style village of Altos de Chavón in the eastern city of La Romana on Sunday.

Bad Bunny, whose real name is Benito Antonio Martínez Ocasio, quickly grabbed one handheld device and tossed it back before grabbing the second one and flipping it through the crowd.

The incident occurred moments after the Grammy Award-winning artist was seen on video grabbing another woman’s mobile phone and throwing it into a body of water under a bridge.

Puerto Rican reggae artist Bad Bunny has been criticized for kidnapping and throwing the phones of three fans in the Dominican Republic. 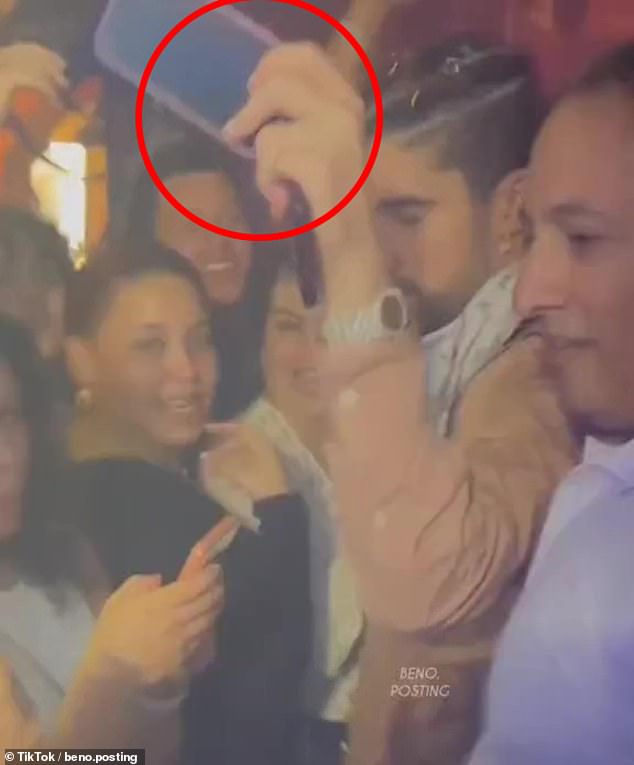 The fan, who was not recognized, walked up to Bad Bunny to take a selfie, but the rapper seemed annoyed by the crowd following him on the bridge and lost his temper.

The woman watched her cellphone sail away from her while another person said in Spanish, “Wow, seriously?”

Bad Bunny took to Twitter to explain his version of events and noted that he felt disrespected that the fan held her cellphone in front of his face.

He wrote: “A person who comes to me to say hello, or to tell me something, or just to meet me, will always have my attention and respect.” “Those who come to put the phone in my face, I will take it for what it is, disrespect, and I will treat it as such.”

Fans didn’t hold back from criticizing Bad Bunny’s behavior while others supported the performer.

@ColladoJccd tweeted: ‘As a person you are abominable.’ You are disrespectful and inconsiderate with women. An apology is what that lady deserves, not another tweet insulting her. 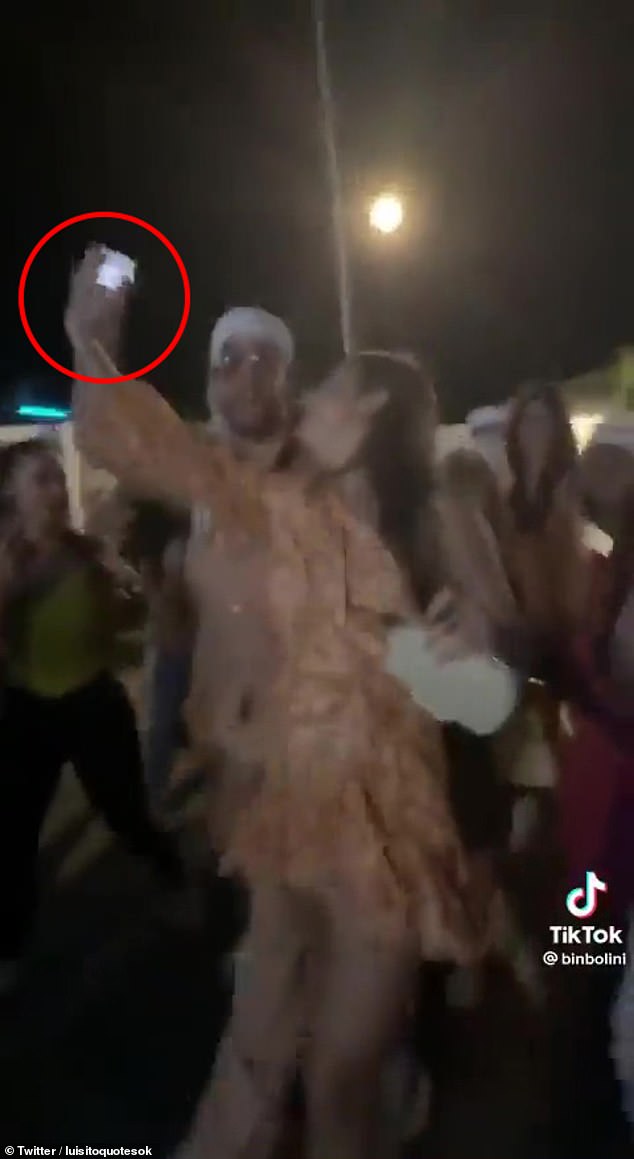 Bad Bunny, who celebrated New Year’s Eve in the resort village of Altos de Chavón in the Dominican Republic, was criticized for grabbing a woman’s phone (pictured) and throwing it into a body of water under a bridge. 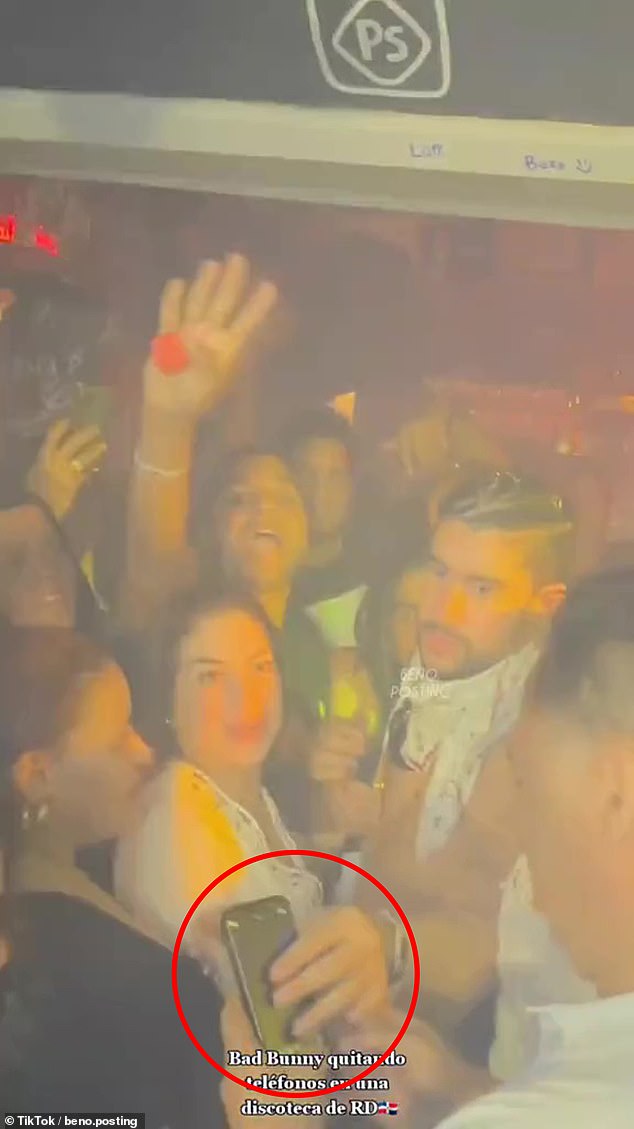 “Fame has come to you and you no longer remember that you admire someone and the emotion that he might feel when he meets his idol,” @iJhonParis wrote on Twitter. “The consequences of fame are the loss of privacy and interaction with fans, but do you think you will become famous and live a normal life?”

“Let us normalize the fact that artists are human beings and deserve to be treated with respect at all times,” he wrote. It’s not an off-stage show, you can’t record it without their consent. Come closer, say hello and ask permission.

Another user said, “Look at people, that’s simple. Respect and everything is going well. Common sense.”

Artist or not, know we’re all the same. Getting rid of the phone probably wasn’t the best idea, but do you know what it’s like when your space is invaded 24/7? So much respect and love is given to all of you.

The weekend’s action follows Bad Bunny establishing itself as the highest-grossing touring artist of 2022.

The final two shows of the tour were held in Mexico City on December 9 and 10, and left several hundred fans stranded at the entry gates after being denied entry due to duplicate or canceled tickets.

The Film Academy reviews the Oscar campaigns after a surprise nomination

A Google employee who learned she was fired

The Film Academy reviews the Oscar campaigns after a surprise nomination