Radio shows and Podcasts are an integral part of the promotional aspect along with live gigs for almost all artists and labels with their ability to reach millions every week. It provides a massive platform for new artists looking for their big break. Radio shows catering specifically to Trance have been around for decades! But only few have stayed true to the genre and impacted the industry in a revolutionary way.

Paul van Dyk needs no introduction here, for he is the Godfather of the genre. His VONYC Sessions radio show has been around since 2006 providing the absolute latest and cutting edge music. The show has been revamped several times over the years and constantly rates #1 on the Mixcloud charts! Mostly features the sounds one would expect from his live sets covering the entire Trance spectrum. Every Saturday,  2:30 – 4:30 on the Trance channel

One of the oldest radio shows, and by far the one that has changed the genre is Armin Van Buuren’s legendary ASOT. Started way back in 2001, and featuring massive worldwide festivals every 50 episodes – it’s no secret how it has become the biggest Trance radio show on this planet! More than 17 years into the game and still staying relevant is a true testimony on how successful the show is, it’s an absolute staple for most Trance listeners. The show majorly features Trance, with an occasional surprise.

The Italian Trance Maestro’s show – Go On Air has just completed 250 episodes starting back in 2011. The podcast now instead airs monthly in the form of a recording from Giuseppe’s LIVE 2.0 shows around the world! He rather funnily said “There are a lot of mistakes that happen live, so I simply choose the one with the fewest mistakes for the show”. A true master musician indeed.

Just yesterday he completed his 100th episode in Amsterdam, in the ASOT studio! Solarstone has been the torchbearer of the ‘Purer’ sounds for many years now, and his Pure Trance Radio podcast is a clear reflection of that. Self explanatory – Pure Trance, No nonsense.

Also, Rich has probably the best radio voice ever! What a treat.

Changing continents, we’ve arrived in land of Egypt. Home to Pharoahs, Pyramids, and of course – Aly & Fila. Future Sound of Egypt is the only non Euro radio show to be featured on this list. Having just completed 500 Episodes and announcing a massive line-up for the celebrations at  The Great Pyramids is a sign of how massive and credible the podcast is. Fans all over the world would join in for this global event! Features mostly uplifting music, a signature of Aly & Fila and now recently some progressive releases from their FSOE sub labels.

Group Therapy – Above & Beyond

After a whopping 450 episodes of Trance Around the World, the British trio launched it’s successor – Group Therapy. Podcasting from 2004, Above & Beyond sure know their radio transmissions, collectively airing more than 700 shows. The show features A&B-esque sounds majorly from their own labels. Over the years, it has evolved into a true progressive dominant show with the occasional drop of a cool uplifting track. If you want a good happy vibe, this is where you press play.

Based on my theory, Roger took no more than 2 seconds to name his show relaxing on a beach in Ibiza. His podcast truly is as Balearic as Roger himself. Completing more than 480 radio sessions and regularly charting in the top 5 shows how important and successful Magic Island is.

Legendary Dutch Trance DJ/Producer Ferry Corsten’s podcast is no secret MI5 satellite relay. It’s as popular as the master himself, now completing 528 episodes! Ferry being a true Pioneer, has stayed true to the genre for almost 2 decades now, and so has his radio show. The format consists of countdown based tracklist which is the outcome of an extensive listener based voting system. This guarantees only the best music being featured – always!

Alex MORPH’s Uiversal Nation podcast and label could be new, but he’s no stranger here. Alex co-hosted the legendary Heaven’s Gate Radio show along with buddy/manager Woody Van Eyeden for many years until it was time to have his own show. Though fairly new, Universal Nation is already very popular among listeners and still retains the classic HG feel. It in fact is a more personalized MORPH experience to the old Heaven’s Gate show.

Heaven’s Gate is synonymous with epic Ibiza boat parties, and obviously a true Trance radio show. Completing more than 480 episodes proves how strong the show still is with only Woody in total control now. Absolutely, a genre defining radio show. Next time you’re in Ibiza, get aboard the Heaven’s Gate cruise for the best time of your life! 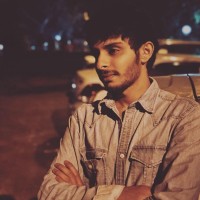 Above & Beyond release their ABGT200 set in 4k!

10 Tracks That Gave Us Goosebumps At ADE

Paul Van Dyk’s upcoming album “From Then On” is slated to...